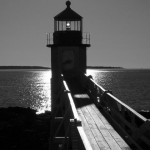 I’ve never been much of a prayer. I think that even before I worked out my concept of God I had realized that the conventional concept of prayer wasn’t working for me. Praying on a regular basis for me was sort of like keeping a journal; it required more discipline than I could muster.
END_OF_DOCUMENT_TOKEN_TO_BE_REPLACED

In my work life as a corporate trainer, facilitator, and manager I found that some of the ideas and concepts I wanted to convey to my students, team members, or employees were very difficult to articulate. After some less than successful attempts, I hit upon the idea of incorporating the concepts into stories. I realize now that it was not an original idea, but I found it to be particularly effective. Aesop used the technique as did the Grimm brothers. So, when I learned that much of the content of the Gospels are stories that were developed during the first century after Jesus died to convey some of the radically new concepts he taught, it did not take a lot of convincing for me to accept the idea. END_OF_DOCUMENT_TOKEN_TO_BE_REPLACED

How many times have I heard this song since it was released in 1971 without really listening to it? John Lennon appears to have reached the same conclusions about religion and politics as I have a long time before I did. I think the followers of “the Way” in the first century C.E. might have also found most of these lyrics particularly meaningful (and might have been confused by other parts like “no heaven” and “no hell”). END_OF_DOCUMENT_TOKEN_TO_BE_REPLACED

I was thinking the other day what a Progressive Christian church service would look like if it truly reflected my beliefs. I was pretty certain it wouldn’t look like any of the services I have ever attended, but I wasn’t sure what it would look like. This is what I came up with: END_OF_DOCUMENT_TOKEN_TO_BE_REPLACED

One evening several years ago, my wife and I were invited to a function at the Frank Lloyd Wright Foundation’s Taliesin West. As part of the event, we were given an extensive tour of the property by a very eager and knowledgeable young docent. Our experience was enhanced by the fact that several of the people in our party were members of the Taliesin Fellowship and had studied on that property under Mr. Wright in the 1950’s. As we entered the drafting room the tour guide informed us that this was Mr. Wright’s favorite part of the facility and noted parenthetically that Mr. Wright never sat down when he was in this room. I noticed a strange reaction to that observation by several of the older members of the group, and later I asked them about it. END_OF_DOCUMENT_TOKEN_TO_BE_REPLACED

Every once in a while I wish I could enter a time warp and walk into a Congregational Church in the 1950’s. I imagine how comfortable it would be to sit in a pew surrounded by familiar sights and sounds and to belt out a few of the hymns from the old Pilgrim Hymnal.

It would be so wonderful to be able to recite the Apostle’s Creed again with conviction and to join in the Responsive Reading, but I’m afraid those days are gone forever for me.
END_OF_DOCUMENT_TOKEN_TO_BE_REPLACED

Sometime around 2003 or 2004, I happened upon a book titled “What’s So Amazing About Grace?” by a man named Philip Yancey. Reading this book helped me understand the concept of grace, and it began to give me some idea of this Jesus person and his message. Following the logic expressed in this book and reading the bible, I realized that Jesus’ message was that we were all saved – regardless. To quote Yancey, “We need to let it soak in that there is nothing we can do to make God love us more…and nothing we can do to make God love us less.” My first reaction was that all this talk about hell and damnation and sinning meant nothing. The second realization I had was that when I died I was going to find myself not only in the company of people like Mother Theresa and Mr. Rogers, but I was also going to encounter Adolf Hitler and Osama Bin Laden. The whole idea of “justice” and “retribution” went out the window. It didn’t matter that this new belief of mine made portions of the Bible irrelevant. I was convinced that my newfound understanding was correct. The first domino had fallen.
END_OF_DOCUMENT_TOKEN_TO_BE_REPLACED

As I began to question elements of my faith I came to realize that there were many people, some of them respected theologians, who were years ahead of me. I learned that people had been studying what they called “Historical Jesus” using the tools of archeologists, linguists, and historians to determine factual information about the life of Jesus, his times, and his surroundings. Most of them were associated with respected schools of theology and their findings were being studied and expanded.
END_OF_DOCUMENT_TOKEN_TO_BE_REPLACED

A few weeks ago I was attending a party, and I saw a woman who looked very familiar to me, but I had no idea how I knew her. After talking for a few moments, we realized that the one thing we had in common was the Congregational Church of the Valley. She had been a member of the church but left just about the time I became involved with it. She inquired about a few people, and I filled her in on how they were doing. She asked about the church, and I mentioned to her that several of us were beginning to investigate Progressive Christianity. She asked me, ‘What in the world is Progressive Christianity?’ Now, as I explained in my introduction, I am striving to become an articulate advocate of Progressive Christianity, and this seemed to be a golden opportunity to begin my advocacy.
END_OF_DOCUMENT_TOKEN_TO_BE_REPLACED

The Progressive Christianity group (http://progressivechristianity.org/) defines the term this way: