In my work life as a corporate trainer, facilitator, and manager I found that some of the ideas and concepts I wanted to convey to my students, team members, or employees were very difficult to articulate. After some less than successful attempts, I hit upon the idea of incorporating the concepts into stories. I realize now that it was not an original idea, but I found it to be particularly effective. Aesop used the technique as did the Grimm brothers. So, when I learned that much of the content of the Gospels are stories that were developed during the first century after Jesus died to convey some of the radically new concepts he taught, it did not take a lot of convincing for me to accept the idea. 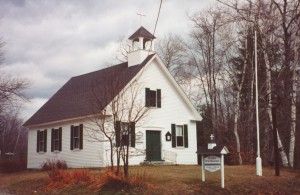 Some people may call it conceit or self-righteousness, but I have always tried to relate things I have been told to my own experience to understand them more fully. The idea of the gospels being written as Midrashic texts makes a lot of sense to me. Just as the ancient Jewish Rabbis used the Midrashic technique to convey the deeper meaning of the Torah, I can imagine the early followers of Jesus and ‘the Way’ using these stories to relate Jesus to the assembled Jews and to make his teachings understood and relevant. The other thing it did for me was to explain the eerie correspondence between disparate parts of the Old Testament and the Gospels. Many times the references to the Old Testament were chosen by the authors because they conveyed deeper meanings that have been lost to us after centuries of trying to read them as literal references. Having not studied the Torah in great detail we have lost some of the connotations that were embedded in these Old Testament references. I’m afraid that after years of being taught to study the literal interpretation of the bible for deeper meaning and nuances we have lost much of the meaning intended by the writers.
I recently had a conversation with a friend of mine about one of my stories that I call “The Great Tuna Fish Story.” I had used this story for years as part of a lecture I gave on management practices. As we were talking about how funny the story is I came to realize that the actual meaning of the story has been lost. This story is about an experience I had while working on the kitchen staff of a boy’s and girl’s summer camp in New England. I tell of how I botched an attempt to make tuna salad for sandwiches for the kids and how I found a way to correct the problem that was unexpected and ingenious. My friends had never heard the story in the context of a lesson or a lecture, and they focused on the superficial aspect of the story (i.e., making tuna fish for 300 kids). They never heard the aspect of the story where I applaud the head cook for making my task (repairing the salad) clear and accepting my solution to the problem without dictating the steps he would use to solve the problem.
How much of what we have read in the gospels have we missed by not accepting them as metaphors and stories rather than historical fact?
The Progressive Christian