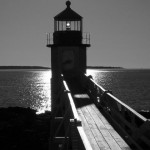 I’ve never been much of a prayer. I think that even before I worked out my concept of God I had realized that the conventional concept of prayer wasn’t working for me. Praying on a regular basis for me was sort of like keeping a journal; it required more discipline than I could muster.

My earliest thoughts about prayer involved the realization that prayer for me was different than prayer was for my Catholic friends. They recited long, repetitive prayers like the “Hail Mary” and sometimes they used devices like rosary beads to help them keep track of how many times they had said it. Prayer in my church was a little more free-form, but there were some prayers that were said on a regular basis. I was always impressed by the ability of several of the Protestant pastors I have known to pray extemporaneously, something I could never do. Because my church was a federation of a Congregational church and an Episcopalian church I was exposed to some of the prayers of the Episcopal denomination. They always struck me as being a little stuffy, and some of them seemed very strange to me. The best example I can give is the prayer of confession from the Book of Common Prayer (1928).

ALMIGHTY and most merciful Father; We have erred, and strayed from thy ways like lost sheep. We have followed too much the devices and desires of our own hearts. We have offended against thy holy laws. We have left undone those things which we ought to have done; And we have done those things which we ought not to have done; And there is no health in us. But thou, O Lord, have mercy upon us, miserable offenders. Spare thou those, O God, who confess their faults. Restore thou those who are penitent; According to thy promises declared unto mankind In Christ Jesus our Lord. And grant, O most merciful Father, for his sake; That we may hereafter live a godly, righteous, and sober life, To the glory of thy holy Name. Amen.

As I read this now, I am struck by how demeaning it is. I’m not going to profess that I am sinless, but by the same token I can’t say that I purposely go out of my way to harm the people around me. Obviously, the Episcopalians felt you needed to do a little groveling before you could get down to the business of worshiping God.

For many years in CCOV, we began the prayer service by singing a short invocation that said,

Whenever I sang this, I wondered if it was written in the imperative. In the back of my mind, I always felt like I was saying something like, “OK God. Drop what you are doing and pay attention to me.” There appear to be four of five commonly recognized types of prayer. They are:

As I sort out my concept of God, I realize that none of these work for me anymore. Since I no longer believe in a “caretaker” or a “puppeteer” God that is all-knowing, ever present, and omnipotent  I feel that “worship” and prayer in the traditional manner are redundant. It doesn’t make sense to praise God, ask for special favors for myself and others, or to thank God for what I have if I don’t believe that there is a God out there listening. Once again I found myself in a dilemma as a result of my new understanding of the nature of God. Slowly I came to realize that Sunday morning services were becoming a time of reflection and meditation for me rather than one of worship. This was greatly enhanced by the quality of the music we enjoy at CCOV because it gives me the opportunity to connect with my feelings and my environment.

I’m a ‘newbie’ when it comes to meditation. That realization came to me when I attended a seminar/workshop on the topic recently. I was amazed to learn that there are quite a few “meditation junkies” out there. These are people who go from one form of mediation to another one much like the exercise addicts I have bumped into who go from one exercise regime to another to satisfy their urge to exercise. They all seemed to be familiar with all the techniques the leader mentioned, much like the exercise junkies who can spout off on the peculiar benefits of one form of exercise over another (e.g., Pilates versus Aerobics).

What I came away from that session with was the realization that I have been meditating for years without realizing what I was doing. It might have begun earlier, but I am certain it started for me when I bought my hot tub. In this tub, I began to practice what I describe as “Mindful Presence.” (I thought I had coined that phrase because it sums up my approach to meditation but I learned after a quick Google search that I didn’t. Oh well, I never claimed to be an original thinker.) It started as contemplative prayer but it evolved into a state where I would take stock of my situation, my condition, my surroundings, and my blessings. I am continually mindful of the blessings of my life. I think about the relationships I have with those around me and what I have learned from my experiences. I also think about how my life so far has been free of any tragedy or pain. During one of these moments, it suddenly dawned on me. The reason I was having a problem with prayer as it is commonly practiced is that I had the direction wrong.

Prayer is not me talking to God so much as it is allowing God to talk to me!

This realization has tied it all together for me. For years the idea of me talking to God seemed presumptuous and futile but the idea that God is speaking to me makes me more inclined to take the time to listen carefully to hear what God is saying to me. Now my periods of mindful presence have a purpose. I am intent on becoming aware of my condition and my surroundings to hear what God is telling me. Now that I have come to this realization I am much more comfortable with the idea of prayer.